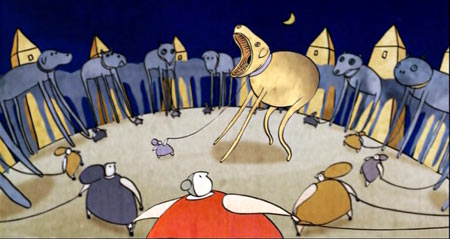 Tant de chiens is a short animation movie directed by the french artist stephane ricard (who is also known for his contribution to the commercial dvd from the residents). david fenech has composed the music that can be heard at the end of the movie. this is a production by la poudriere and arte television.