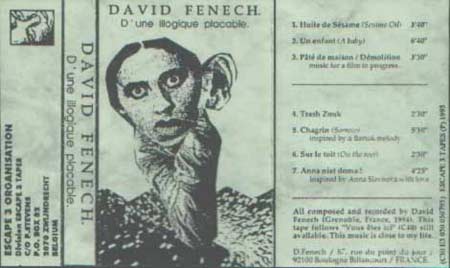 So little of this makes sense, not the least of which is that freaky artwork! The album’s got acoustic instruments but also electroacoustic tape fuckery, and the liner notes list Bartok as direct inspiration on one track? And one of the other tracks is named for Zouk??? I can only assume it’s a correct connection on the part of the artist, I’ve never listened to zouk. “Un enfant” feels long and gets hard to listen to toward the end (chopped and stretched baby voices be like that) but besides that? Probably some of the most inventive and well-studied DIY music ever released.