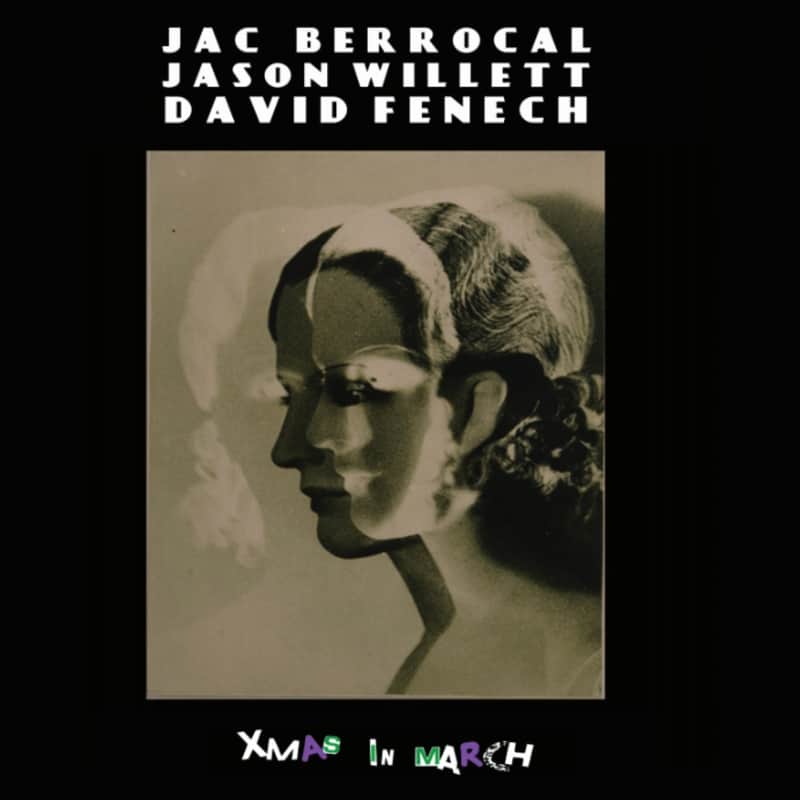 Jason Willett is the owner of The True Vine record shop and runs Megaphone Records since 1990 (Fred Frith, Tim Hodgkinson, The Work, R. Stevie Moore, Officer, etc). He also plays regularly with Jad Fair as a duet or as a member of his band Half Japanese. He has also played and recorded with Tatsuya Yoshida (Ruins), Ron Anderson, James Chance, Matmos, Caroline Kraabel, Jon Rose, Chris Cutler, Yamatsuka Eye (Boredoms) and many more.

Xmas in March was built around a recording session in Paris where the 3 musicians met during a Half Japanese tour day off.

Jac Berrocal and David Fenech have been recording music together for more than ten years now… After albums with Ghédalia Tazartès and Vincent Epplay, they shared the stage with musicians such as Felix Kubin, Jean-Hervé Peron, Jean Noel Cognard and Thierry Müller (Illitch)… Now they are now joined by the American improviser Jason Willett (Half Japanese) for their first album as a trio.

Built around a recording session in Paris, the three musicians created “Xmas in March”, an album of seven new peppermint-striped favorites! The tracks are like smoldering embers, mixed with the excitement and anticipation of Santa’s arrival. Jac Berrocal’s sound has never been so smooth since the “Hotel Hotel” album — his trumpet like a sleigh in a jet stream. Willett plays bass with a rubber band and creates an impossibly huge sound from such a tiny “instrument” (like Charlie Haden played from a matchbox). He also plays this rare wooden synthesizer called Cocoquantus. Fenech sings, plays electric guitar, turntables and is responsible for the recording as well as mixing all the tracks. With special guest Vincent Epplay on the closing track. This Is the album you will want under the tree…skirt. Joyeux Noël! LP version in edition of 300 copies. Cut by Andreas “Lupo” Lubich.