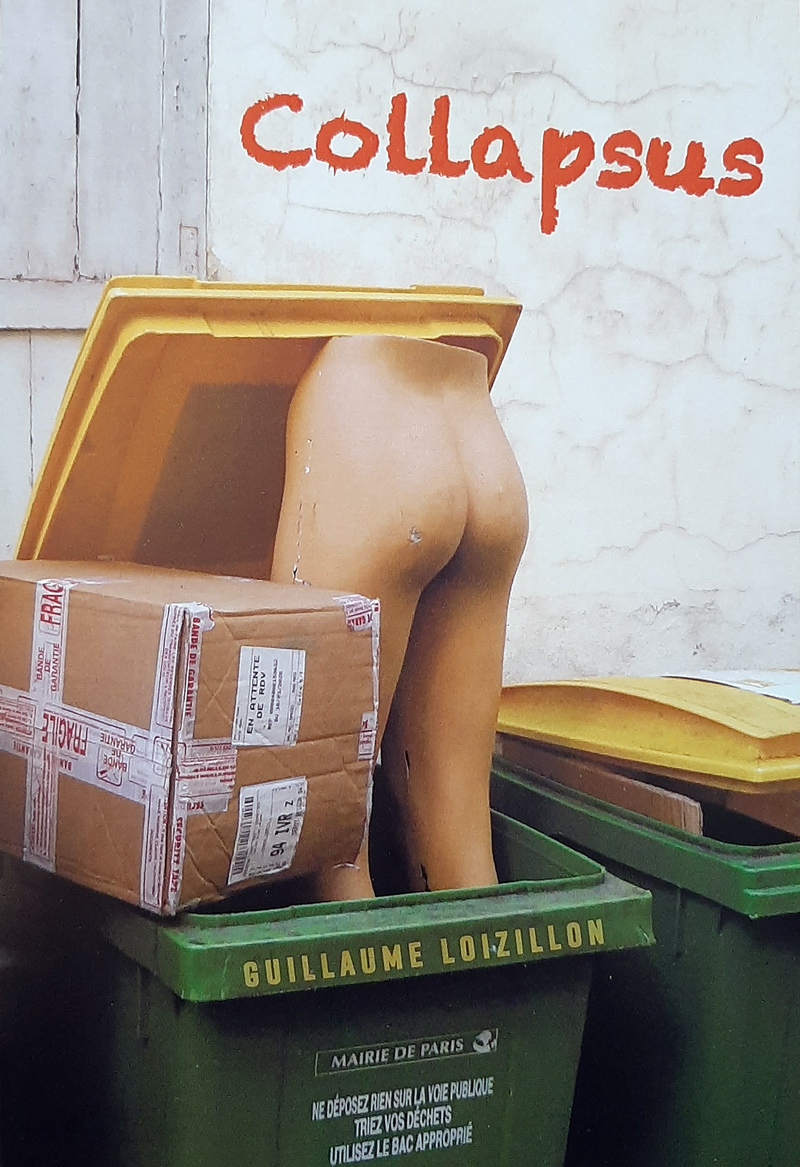 Here's a thing that sometimes happens: I start to play a release but realize I have no idea what I am playing. With this release, that happened when I heard the second track, mainly because both that one and the first had a female voice, electronic music and especially the second sounded like Belgium's Human Flesh. Had I started a CD by them? Oh no, it is this Guillaume Loizillon, whom I had not heard of before. He is the man behind the label here, and a professor in the conservatory, and he played with jazz musicians, African music, and sound poetry and worked with Bikaya and Zazou for Crammed Discs. He has a lengthy list of guests on his CD, including Bikyaa, David Fenech, Quentin Rollet, Michel Bertier, Andrew Crocker and many more. They contribute guitar, voice, trumpet, saxophone, and violin. Loizillon started the process by recording sequences using modular synthesizers and the software version (maxmsp, voltage modular, VCV rack and such) and sending these to his collaborators. They added their contribution at home (work started before the pandemic, but this helped the idea) or came to Loizillon's studio to record material. Quite an interesting idea that delivers a very diverse bunch of tracks. I like it best when it is all electronic, and voice material is added. Say, when it sounds like music from the Human Flesh/Bene Gesserit/Cortex scene. Incidentally, Human Flesh is a group working along similar lines of sending sounds back and forth. The combination of electronics and, at times, free range of vocalizations, poems and stories work very well. When the saxophone and trumpet come into play, it all becomes jazzier, free improvisation, but with an electronic backing, which didn't do much for me; the same goes for some pieces with a heavy prog-rock guitar soloing on top. That makes some of these pieces far from a few others. I believe the ones I like are the majority here; I would select a few for mobile entertainment and some I leave home.

Dazu heißt es: “About twenty electronic sequences were created using modular synthesizers or audio software (Max msp, Voltage modular, VCV rack, etc.). These were sent to a dozen of artists: musicians or/and authors, who volunteered to participate in the project. They responded by sending in contributions made in their own workspace. Others came along for the recordings”. Die zwischenzeitlich eingetretene Pandemie hat auch im Arbeitsprozess von “Collapsus” seine Spuren hinterlassen: “Started just a few weeks before the explosion of the pandemic, during these two years of gestation, the project was of course affected and questioned by these events. During this complex and depressing period, the initial conceptual framework, centered on collapse and an ironic-derisory imagination, evolved without disappearing. A refocusing and a certain rede nition have taken place.” 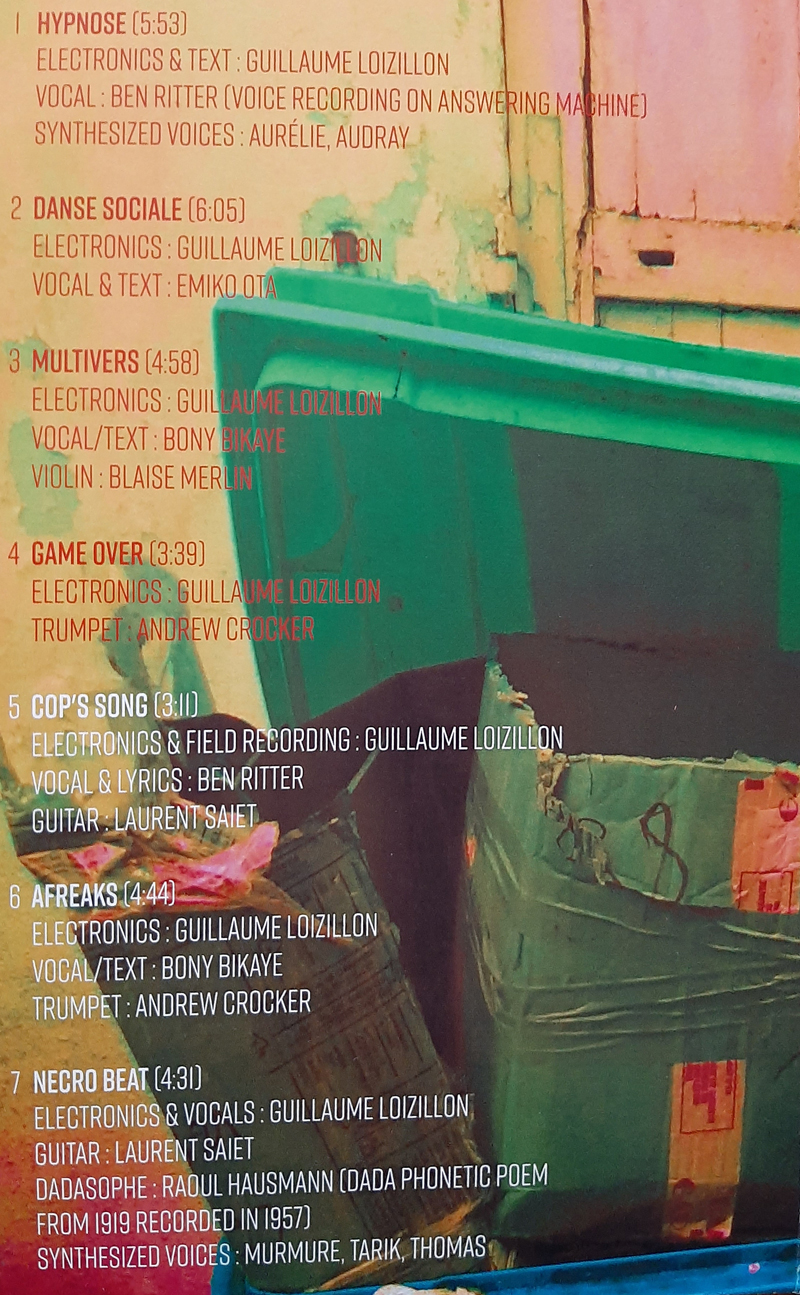 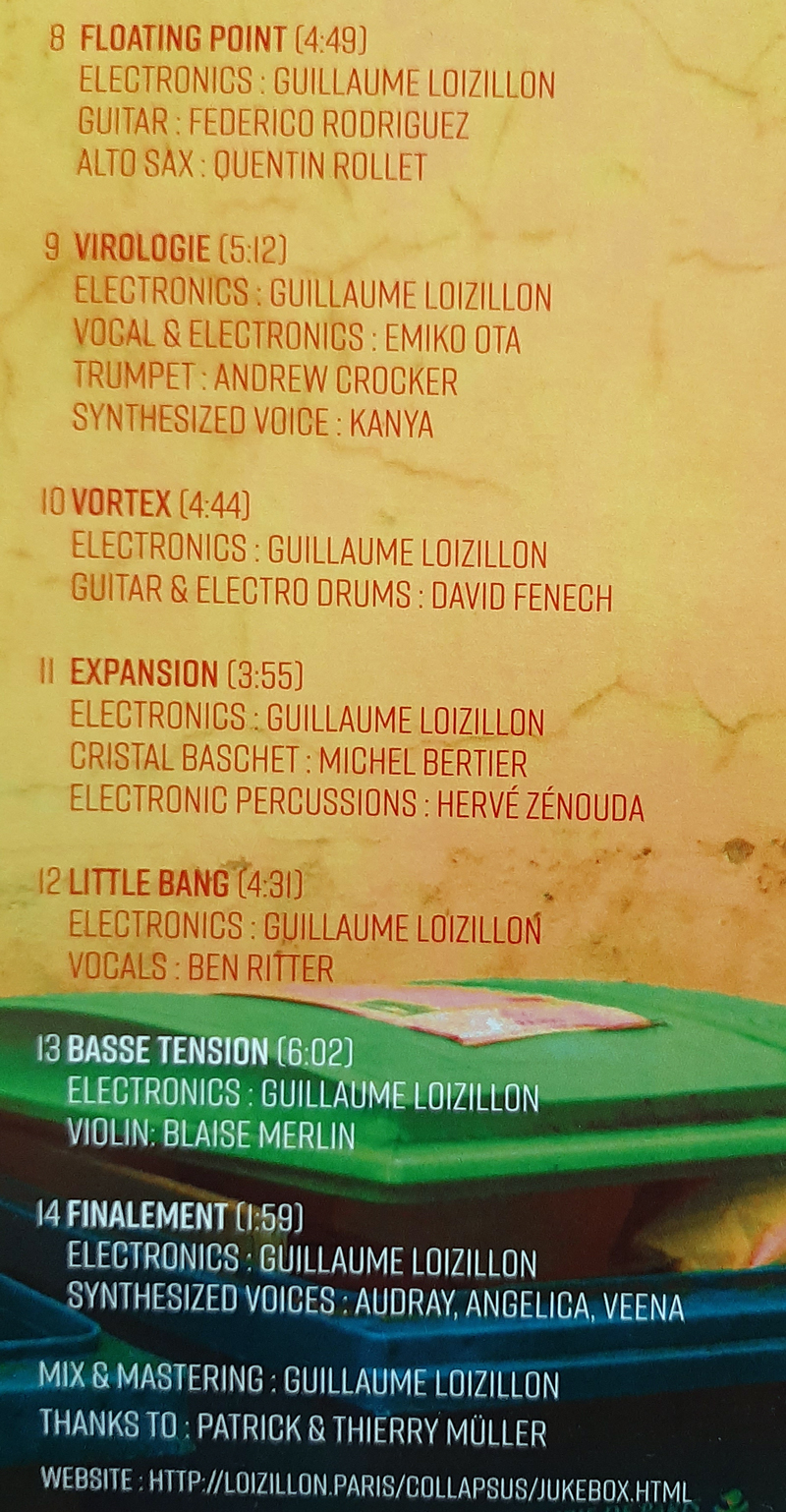 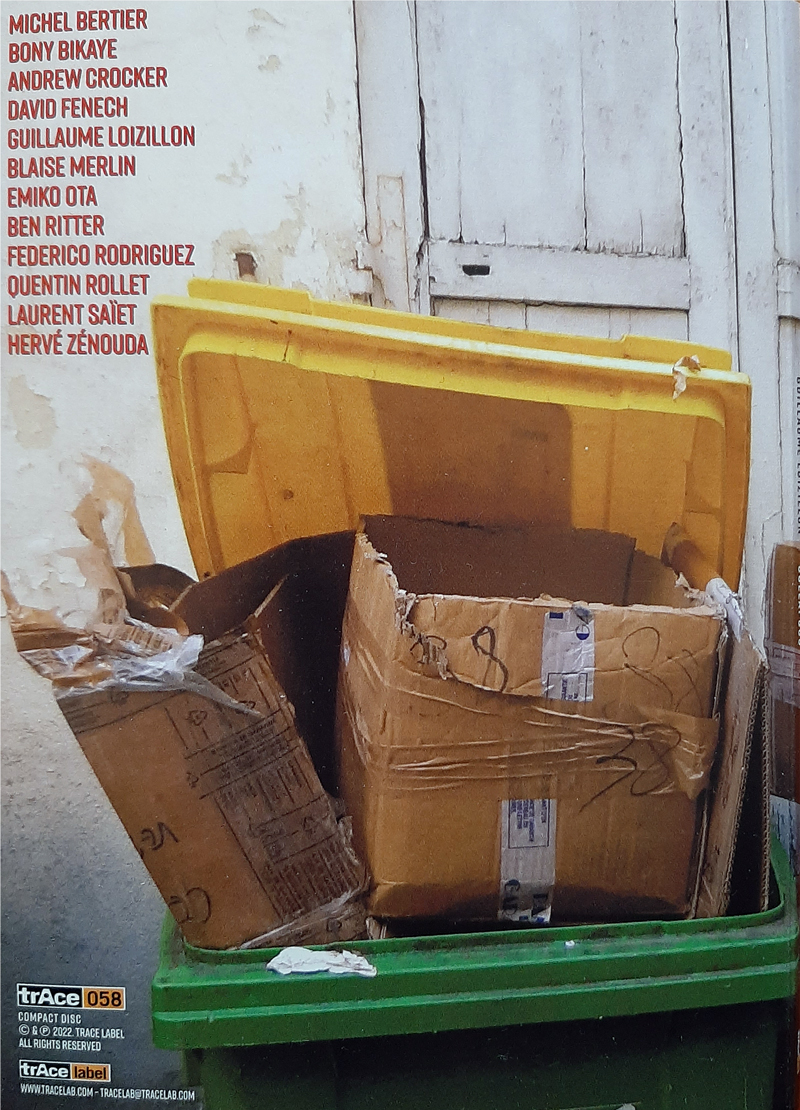